Manasi Scott kick-started her professional singing career with Pune's hottest rock band Dark Water Fixation that was offered an international recording contract with Sony in the 1990's while she was still in school. With a plethora of stage performances under her belt since the age of 8 as a singer, actor, dancer and master of ceremonies, it was not long before her stage performing prowess with the band took them all over the Country. Manasi Scott rocked Vegas last year with her new musical featuring the music and history of Indian film music, scripted and performed with her support team, at the Venetian, with outfits specially designed by Neeta Lulla, Gavin Miguel and Jean Paul Gaultier. She has now turned composer, writer and singer for Sanjay Gupta's Acid Factory the stunning video for which, featuring her, has been shot by Sanjay Gupta himself and was voted the no. 2 video of 2009 by MSN users. Manasi is fluent in Hindi and English, and also Punjabi. She has also the title track for the I Am She for Salim-Suleiman for the Sushmita Sen Ms. Universe Pageant, has super-hit Tamil playback hit "Pattu - Pattu" for Yuvan om Dick and Harry Rocks Again.`

Her new music has been composed, sung and co-written by her and produced by Ashish Manchanda, the Multi Grammy Winning Producer/Engineer Bruce Swedien's Protege and co-written by lyricist Amitabh Bhattacharya(singer of the infamous Tauba tera Jalwa), and her songs also feature Palash Sen, Mika, Raghav Sachar, Shibani Kashyap, Anushka Manchanda and Ishq Bector.

Being fluent in many languages is also a fabulous show host having also hosted TV shows like Glamorous on Zoom, Perfect 10 on Sony Pix, E Buzz on AXN, the IIFAA Awards for 3 years, The Teacher's Achievement Awards, many corporate launches for Audi, Volkswagen, Aircel, FICCI Frames, and the Wisden Cricket Awards among many others. She performed live at the IPL matches this year. Being an A- grade student Manasi chose to first complete her education, topping her graduation in software Engineering and then doing a post-graduation in Film and Television Production. An avid sports-person she also won many accolades in National level Equestrian, with gold medals in Dressage and Show-jumping, and also in state level basketball, hockey, kho-kho and karate. She simultaneously continued her live performances as a singer, and as a compare, television show host and theatre actor and also released 2 alternative albums in Australia - East Light and Temple Tree. After play-back singing in South India she released the breakthrough original Hindi pop album "Naach Le" in India in 2005 and at a time when remixes were the order of the day, her originality got her Bollywood Music Award nominations, is the new brand ambassador for Gitanjali and modeling contracts with Sunsilk and Reebok and the distinction of being the only Indian artist to grace the coveted cover of The Week, Femina, Sakhi, amongst others.

She is known for her powerhouse performances in over 1800 shows across India, USA, England, Australia, Thailand, Africa and Switzerland to name a few. She has performances designed to suit any occasion from launches, concerts, weddings and sangeets to even regional shows in any genre. Manasi Scott started singing on stage though, at the age of 8, when she won the first of many singing competitions. An "Army brat", growing up, she has had the opportunity to travel the length and breadth of the Indian sub-continent with her surgeon father (still serving, now as a Lt. General, in the Army) and her doctor mother, who were both singers during their graduation from the Armed Forces Medical College. Studying in exotic places like Bhutan and Indian cities like Pitthoragarh, she has had the opportunity of being a witness to many cultures, turning her into a truly proud and patriotic Indian. A stationary black belt in Karate (of the Shito-Ryo school), her love for martial arts and horses stays with her till date. Her first professional singing performance was at the age of 12 and had her father backing her on drums (as he was a star drummer-singer in his college days), and from then on she experimented with professional theatre, comparing and singing, all for extra pocket-money, not once seriously planning a career in show biz. After her post-graduation, as she apprenticed under many top Indian producers and directors, she initially wanted a career in special effects in films.

A call-letter from the Indian Air-force to be a pilot, a stint in the film industry as assistant director, hosting the "Breakfast Show" on RED FM and even acting did not satisfy her hunger for being in the limelight. After her marriage to model turned fitness consultant, the hunky Craig Scott, when he urged her to pursue her childhood dream of being a singer, she finally began working towards a career in entertainment, kick-starting her career hosting and performing in shows for some of India's biggest names (refer to Curriculum Vitae). In her journey so far, of over 9 years of performing 'Live' on stage as a singer and Master of Ceremonies, she has often been referred to as the "Ultimate entertainer" (Citadel 2004). With an impeccable fashion sense, a glorious stage persona and a unique voice, she has traveled internationally doing what she does best -performing and hosting shows.

Manasi has hosted the Wisden Cricket Awards 'Live' on ESPN/STAR SPORTS, hosted and performed in 3 consecutive IIFA Awards, the Bollywood Fashion Awards in USA, toured with the Neeta Lulla Devdas Tour, held her own with co-host Shekhar Suman at the Images Fashion Awards, even matched wits with co-hosts Boman Irani, Siddharth Basu and Rahul Khanna at the Teacher's Achievement Awards and hosted the prestigious Abby's in 2005. She toured 12 cities in USA and Canada and 4 in UK, sharing the lime light with performers like Adnan Sami, Raghav and Sunidhi Chauhan and was given appreciation in many international tabloids as the "next Indian singing sensation", "a Pakka Indian Britney Spears" and "India's answer to Jlo". Though her first 2 albums (East Light and Temple Tree) released in Australia, Through Australian poet turned music director, Kelvin Brown, her brand new Indi-pop album Naach Le, released in India in April 2005. Her visit video, the title track "Naach Le" climbed the charts right up to number 3, and continues to remain on the Channel V Top 40 even to this day. 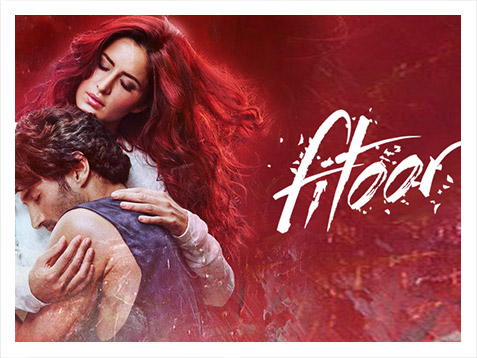 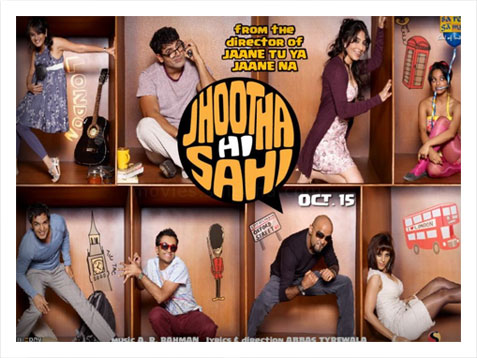 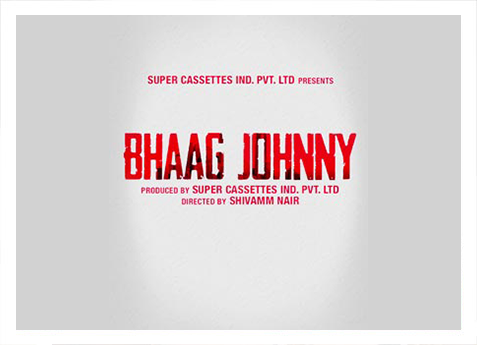 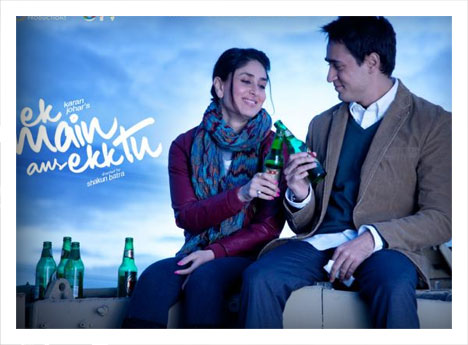 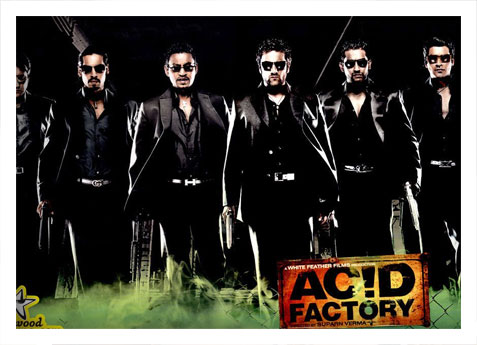 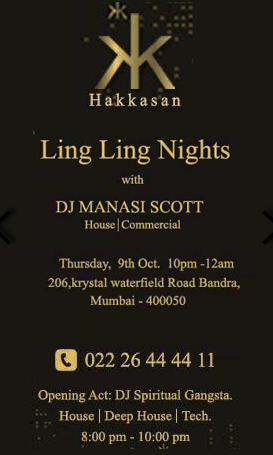 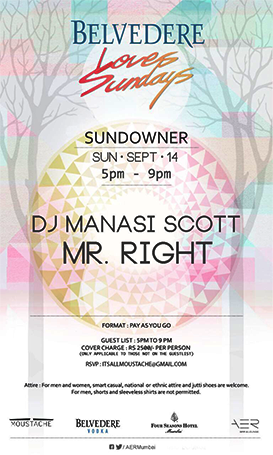 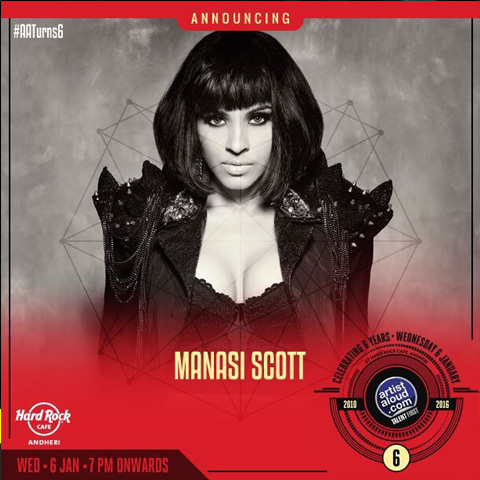 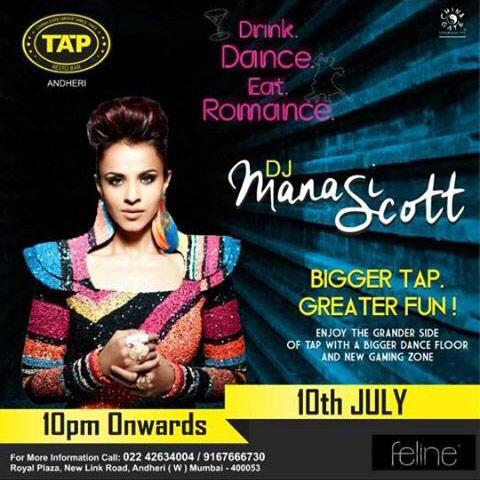 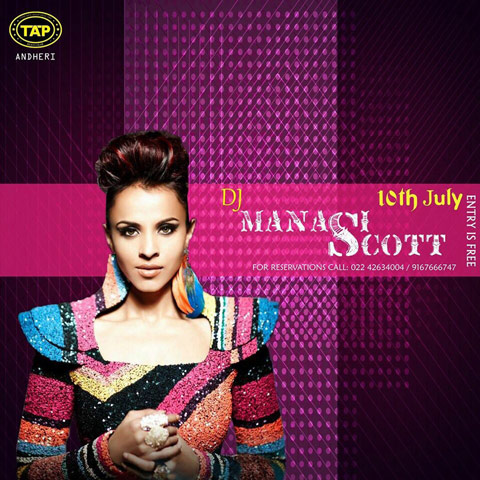 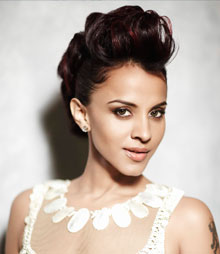 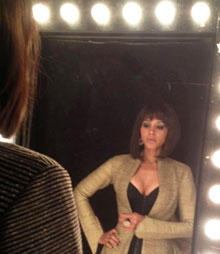 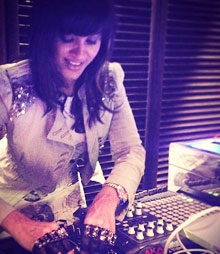 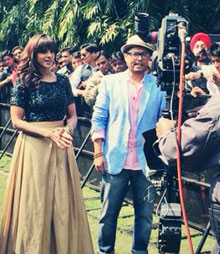 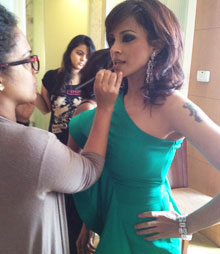 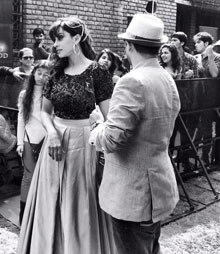 Although i cannot respond to all the mails, I personally read each message and try to answer as many as possible. Thanks for writing in.